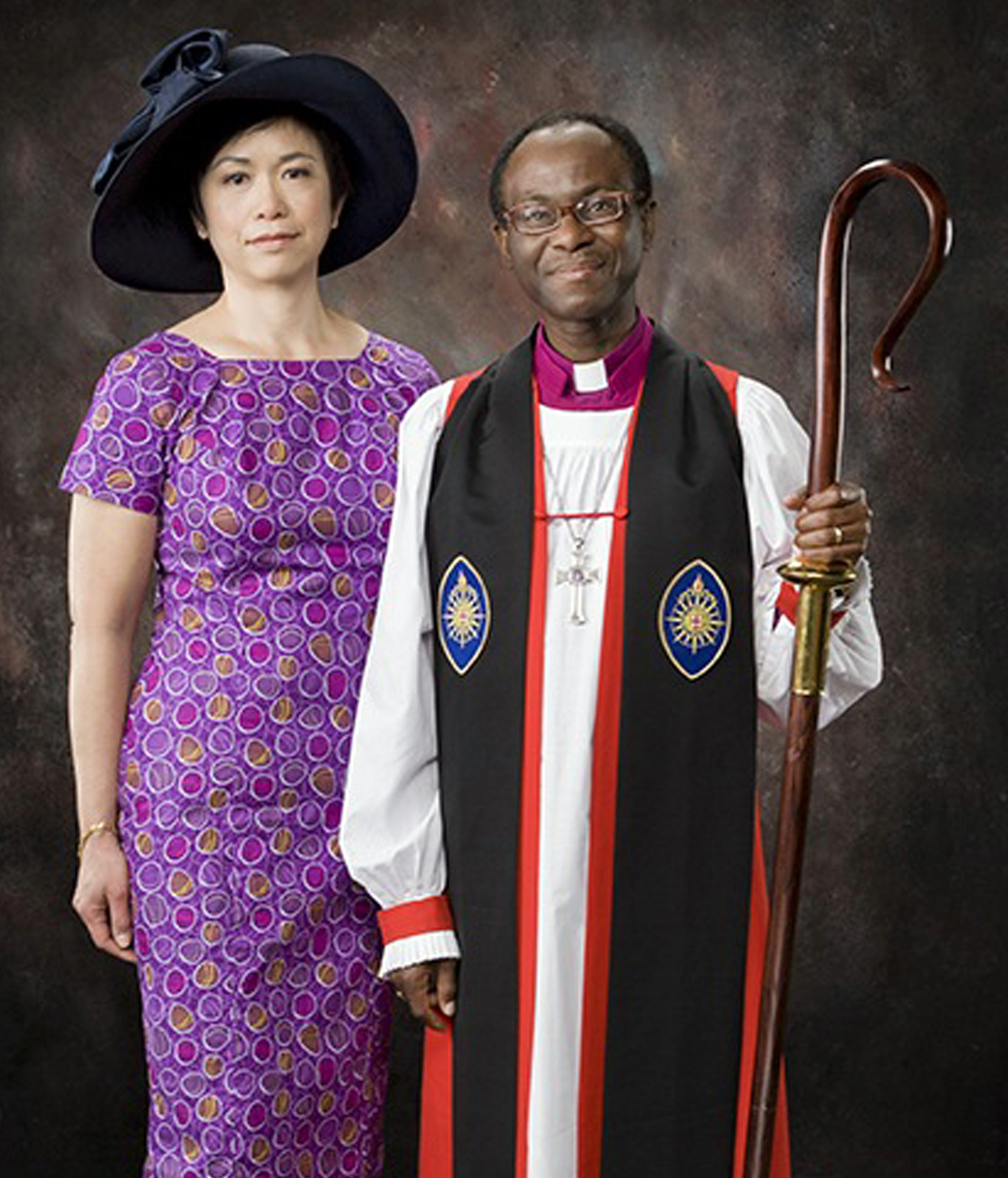 Bishop Felix Orji is the Diocesan Bishop of the Missionary Diocese of CANA West, which is part of the Church of Nigeria(Anglican Communion) and the Anglican Church in North America(ACNA). The Diocese of CANA West comprises parishes in the United States and Canada. There are about 30 parishes and 60 clergy in his Diocese.

Early in his life, Bishop Felix Orji made a decision to follow and serve Christ as the Savior and Lord of his life. The result of this decision as a teenager was a commitment to the call of God on his life to serve Christ as a minister of the gospel of God's grace. This led him to ordained ministry in the Anglican Church in Canada and the USA as a priest and now as a Bishop of the Church of Nigeria and ACNA in the Anglican Communion. He completed a BA degree with honors at the University of Ife in Ile-Ife, Nigeria, and received a Master’s degree at the University of Lagos, Nigeria. He earned a Diploma in Christian Studies from Regent College, Vancouver, BC, and a Master of Divinity from Vancouver School of Theology in Canada. Dr. Orji also earned a Doctorate in Leadership and Evangelism from Gordon-Conwell Theological Seminary at the Charlotte, North Carolina.

Bishop Orji who is currently the Bishop Protector of the Order of St. Benedict, was ordained in 1996 in the Diocese of New Westminster, Anglican Church of Canada. He served his curacy at All Saints Anglican Church in Burnaby, BC and afterwards as Associate rector at St. Johns Shaughnessy in Vancouver, BC, the largest evangelical Anglican parish in Canada. In 2004, he moved to the Diocese of the Rio Grande in the USA where he served a parish for a year. He was also the Coordinator of the Anglican Fellowship of the Southwest till 2010 which finally became the Diocese of the Southwest.

In 2005, Dr. Orji became associate rector of St. Francis on the Hill in El Paso, and Rector from 2008 to August 2015. In September 2011, he was consecrated Bishop by the Anglican Church of Nigeria(Anglican Communion) to serve in the USA and Canada. Bishop Orji is now the episcopal head of the Anglican Cathedral Church of St. Francis located at 470 Eagle Drive, El Paso, TX, 79912, in west El Paso.

St. Francis is an evangelical Anglican parish that is committed to: the primacy of Scripture, the centrality of Christ as Savior and Lord in the Christian life, reverent and vibrant worship, evangelism, and mission in El Paso and beyond.

Our Bishop's vision and prayer is that the Holy Spirit will make it possible for us to go DEEPER with God, get CLOSER to one another, and go FURTHER in our impact in our community and the world.

The Right Reverend Dr. Felix Orji and his wife Lilian have four children, Cara, John, Jadon, and Justin. Cara is a graduate of Johns Hopkins University and John is a second year student at University of Toronto in Canada.